← Everyone Loves a Cool Shirt
“Enjoy the Journey” …is What They Tell Me. → 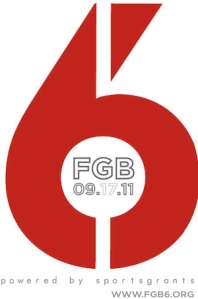 On August 6th, 30 American special forces lost their lives in Afghanistan. Their helicopter was ambushed while reinforcing an engaged group of Army Rangers.  As reported, “the 30 American deaths represent the greatest loss of U.S. military lives in a single incident in the decade-long war in Afghanistan that began in 2001.”

Each year thousands of CrossFitters around the world endure one of our most grueling workouts, Fight Gone Bad, in order to raise money for charities that benefit armed services and first responders.  On September 17, I’ll be participating in Fight Gone Bad 6. I won’t be doing the workout myself, but will be there supporting CrossFit Max Effort team members and recording the event on camera.  Please don’t let my not doing the work out stop you from donating to this very worthy cause. The charity it benefits is the Special Operations Warrior Foundation, which provides assistance to the families of killed and wounded special ops forces, including (but not limited to) Navy SEALS, Army Rangers, Green Berets, and Marine Corps special ops. These are the survivors of those who paid the ultimate sacrifice for all of us back home. Though what we do may be little in comparison to what they gave, it is worthy to try to honor their work and memory by supporting those they left behind, and for those who survived their injuries, helps the family back home. It is tax deductible to the full extent of the law.

Please click the link to donate any amount you can  here.

← Everyone Loves a Cool Shirt
“Enjoy the Journey” …is What They Tell Me. →