← How to Keep Preparing
It is Getting Real UP IN HEAH! → 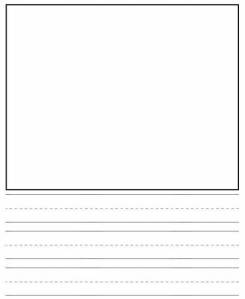 I have enjoyed writing stories since I was a small child. I remember in second or third grade the teacher handing out the piece of paper with a place to draw on top and sets of three lines on the rest of the page. We wrote a sentence or two to tell a story and colored a picture above. It was always great fun to write out the adventures that were running through my mind.

When we moved on to fourth grade we started getting entire pieces of paper that could be written on and I didn’t have to think of any pesky picture to draw. Which I was not good at. I could write and write and never had any problem filling up the pages. other kids, not so inclined to write struggled with getting a full page. I asked for more paper.

I suppose the thrill I got reading just flowed over into wanting to write.  But as in many things I do, I was (and am) inpatient and felt most happy breezing through the story and affixing the last period and calling it done. No proof reading or editing for me. The story was pure and unadulterated and that is how I liked it.  Free flowing stream of consciousness.

In ninth grade English Mrs. Bickford required us to write a journal.  I thought that by that age we were too old for that and was quite a stinker about it. We were to start off with a story about how we spent our summer. So I reported that I had been in the hospital suffering from a rare heart disease and not expected to walk again. No idea what one had to do with the other, but that was the story and I was sticking to it. I topped it off with a flourish by surprising all the doctors and nurses and my parents with a surprise walk and wouldn’t you know it? Just in time to play softball where I was the home run hitter of the summer! A little Secret Garden meets Marcus Welby, M.D. meets Matt Christopher. Mrs. Bickford was not amused.

I took a class, in preparation for college from Ms. Hall my senior year at Glacier Senior High School in Seattle. Now it is called Sea Tac. And the school is closed. The class was to prepare you for college writing. I loved the class but had a rude awakening when one day I was writing an essay about music. I started it out with “Everybody loves music.” She stopped me right there. She said it was an incorrect statement. Not everybody likes music let alone loves it. Some don’t like it  at all. I wanted to say “I don’t care if people actually love music or not,

I want them to either feel like they do , or feel like they will challenge my premise as they begin to read my essay.” But you didn’t say things like that to teachers then.  It was a hook and I wanted it but I had to remove it because I could not risk my GPA. That may have been the first time I had to choose a battle! I felt something sort of go away. That freedom to just pour things out on a page was now muted. I liked the “jazz” version of writing…scat, improve.

I trudged off to college in the fall of 1979. I remember countless nights sitting at my desk in Alford Montgomery Hall on the CWU campus writing essays in my little composition book. Not for class, but for me. There was some good stuff in that book. I lost it in a move from Washington to California. I have always missed it and never been able to recreate the stories within it.

In law school I got another big slap in the face. By then I was in my forties, and though I didn’t write much, I fancied that it was my strong point and it would be something I excelled at. WRONG! Professor Strong pointed out to us that legal writing was like nothing we had ever done before. Not like creative writing or technical writing or scientific

writing. It was an animal all its own and nothing we had done would give us an advantage. When I got my first writing back and his tiny block letters in red filled the margins and any other open space on the paper, I was crest fallen.  Professor Strong was a nice guy with Urkel glasses and riveting stories about clerking for a federal judge while his roommate clerked for Justice Scalia. He also had a pension for Bush Bashing any time he could fit it in to lesson. He was a good writing teacher and I appreciated all the time and ink he spent on my that semester. I still feel my legal writing is not as strong as my other writing skills, but I still like it anyway. IT is a challenge and a challenge is good. It also created the ability to look at my non legal writing and actually do some editing, proofing, outlining and planning more than I had in me free-form youth.

In 2011 I started to blog. I had done some other dabbling in blogging but WhelanTrek has been the blog I have stuck with, though off and on depending on if I was doing a lot of outdoor activities to blog about. After the blogging for the Everest adventure, I wanted to write a book about it all. But I have not. But now I am in the mindset that perhaps I should write a book. So that is the real question all of these 900 plus words are leading to. Should I?

← How to Keep Preparing
It is Getting Real UP IN HEAH! →